Projects of the past year 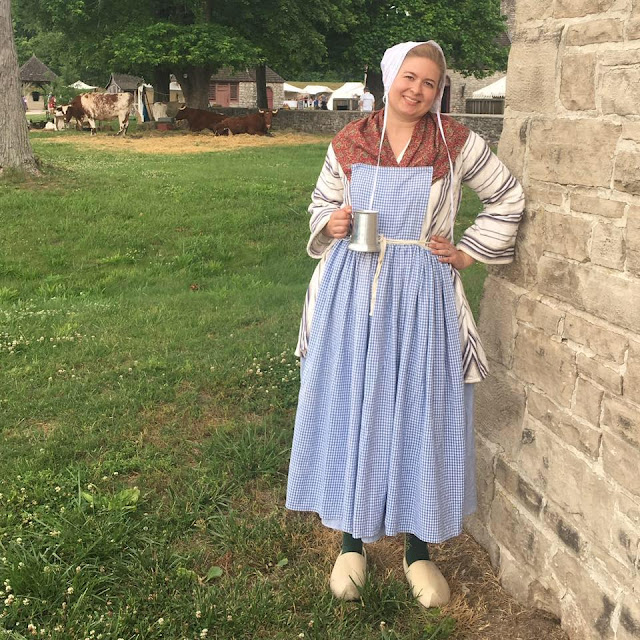 Bonjour, mes amis!
I can't believe it's been over a year since I posted anything here. Not for lack of projects, but the interest in documenting them has just not been there. I've had my interest revitalized by a sewing group that has started up here in the St. Louis area, spearheaded by my new friend Christine (who has been uploading some really very superior projects and especially drool-worthy 18th-century embroidery done on some machines I've never seen the like of). I don't think she would mind me linking her site at https://sewstine.com/ and you should check it out if you're in need of inspiration....she has certainly un-stuck me! 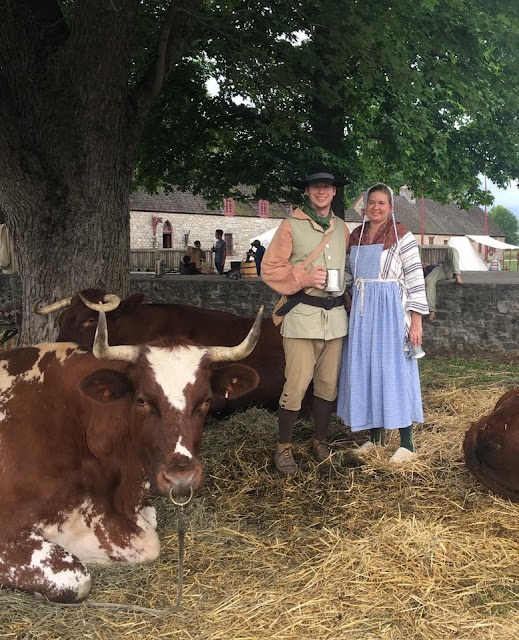 Last summer, my husband and I went down to Fort de Chartres as usual, and I've been embracing the farm-wife persona (don't mind my bedgown sleeves looking so long -- they're supposed to be rolled up but I'm going to have to tack them down a bit). In the miserable heat it is nice to be able to forgo stays at an event once in a while. I've mentioned this before, but with the Fort being down in the American River Bottom, the humidity is like none other as it settles in the "bowl" created by the high bluffs on all sides and there is almost never any breeze. Summer events are hard to breathe through sometimes! I've been loving my wooden French "sabots," who would have thought that wood shoes could be even remotely comfortable? They're great for walking through wet grass, and easy to slip off and on when you're resting. 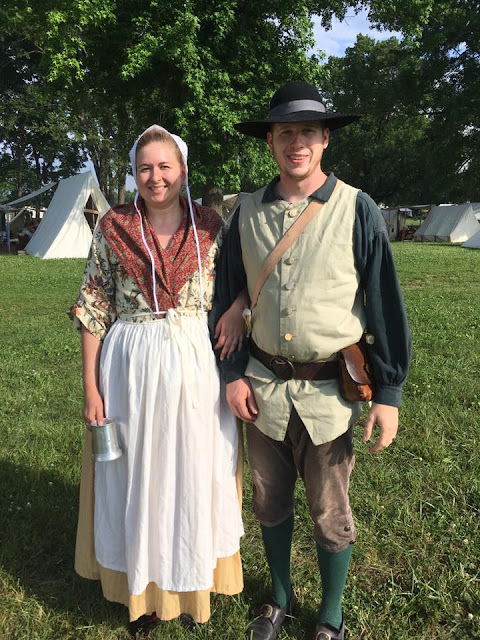 There are a number of garments made of "indienne" mentioned in inventories from the area surrounding the fort, so I enjoyed mixing some prints in colors that might have been common. Apparently I'm always ready for a drink...I don't think there are any photos where I'm not holding a cup, haha. 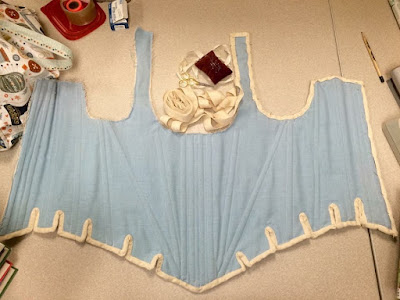 I probably had my blue stays finished the last time I wrote and I don't know if I added a picture, but here's a quick photo of them right before finishing the binding. They're half-boned blue linen,  but since this picture was taken I had to convert them to front-lacing for ease of getting in and out. They're fairly comfortable but I think the next set I make will be strapless again. I'm just not fond of straps! And I need to remind myself to stop making square tabs...they're very ugly, haha.

Since our St. Louis group is for 18th and early 19th century, I am starting on some Regency projects. It's not something I've ever prioritized before, but being a huge Jane Austen book and film lover, I could see getting into the cute day-dresses, the spencers, the pretty little bonnets and reticules. So far I have a shift: 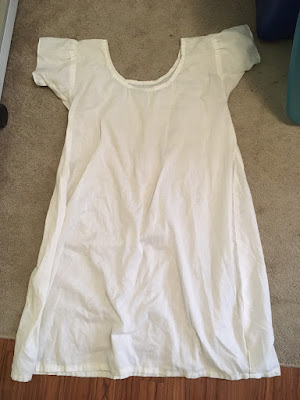 ...a set of short stays (I don't need much support so I went for a very lightly boned single-gusset style) 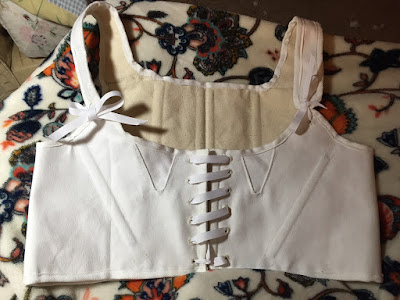 and I finished a white apron-front basic gown that I don't have any good pictures of yet. I am pleased with how the back pleats turned out so I'll have to take some photos soon. My next project is supposed to be the striped gold and cream silk over-gown, but I found a flaw in the middle of the fabric that I worry will be difficult to work around! Might have to scrap that idea and get different fabric, sadly.

And I will leave you with a little teaser of the project that has been eating up all my free time lately...but it deserves a post of its own, hopefully coming soon! 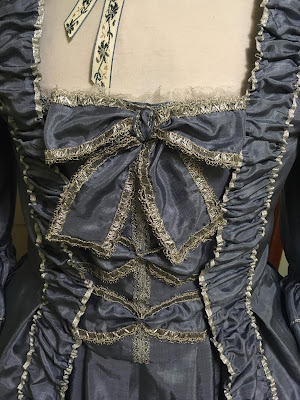