Recently my parents decided to take a cruise, their first, and they graciously offered to let me come along. Who passes up a free cruise?! Well, maybe not quite free since I paid in many, many hours of driving, constantly letting my father commandeer my iPhone to check his work e-mail, and helping them not get lost on the boat which was a daily occurrence. It was kind of like babysitting large toddlers, bless them (I am totally exaggerating. We had a wonderful time!). I saw my first actual sunny beach, and we got back yesterday. I haven't the time just now, but I'll have to make a couple of longer posts to squeeze all the best pictures in and I think they'll be worth looking at.

The nicest surprise came from our stay in Charleston, SC, where the ship was docked. I had NO IDEA what a colonially intact area it was, particularly the tip of the peninsula, which was chock full of BEAUTIFUL 18th century houses, cobblestone streets, and tiny gardens. We only had time to tour one house and it was stunning inside. 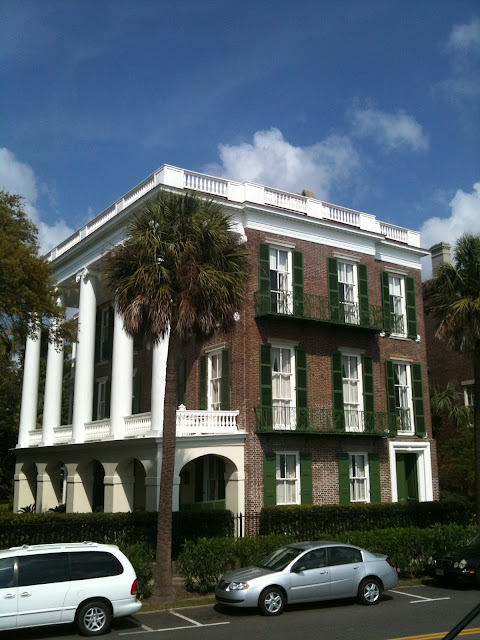 One of the many glorious exteriors of the Charleston houses 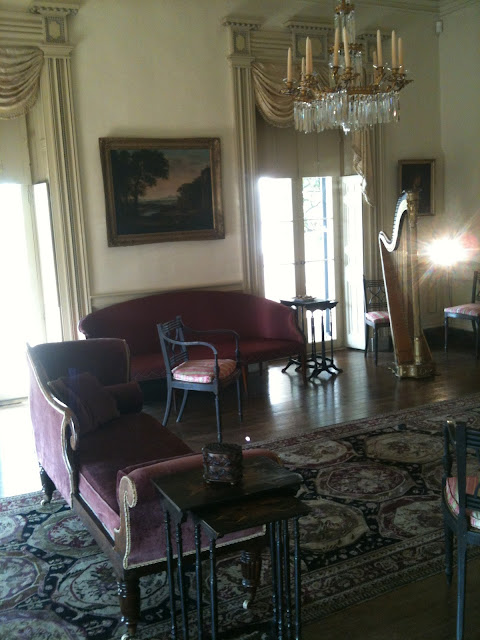 I was definitely not allowed to take pictures in this house but I cheated. I couldn't help it. Can't you just see a woman in a rustling silk sacque gown sitting down to play that harp while a man in embroidered satin waistcoat reads in the chair?

We also toured the Old Exchange and Provost Dungeon, where several signers of the Declaration of Independence were held prisoner, and George Washington gave an address from the porch of the building. I was beside myself with 18thc happiness, until we got into a room I had been going to skip altogether because it didn't look very interesting.

Good thing my mother convinced me to glance around. The first thing I saw was an embroidered waistcoat. Then another. And a fan. And a pincushion. And then a gown...no, TWO gowns. I really thought I was going to die right then and there because I was separated from genuine extant 18thc gowns by nothing but glass. You have to understand...I live in the boringly un-18th-century Midwest, and if the St. Louis Art Museum has any 18th century textiles, they are keeping them tightly under wraps. Certainly coming across gowns on a cruise vacation was the farthest thing from my thoughts! 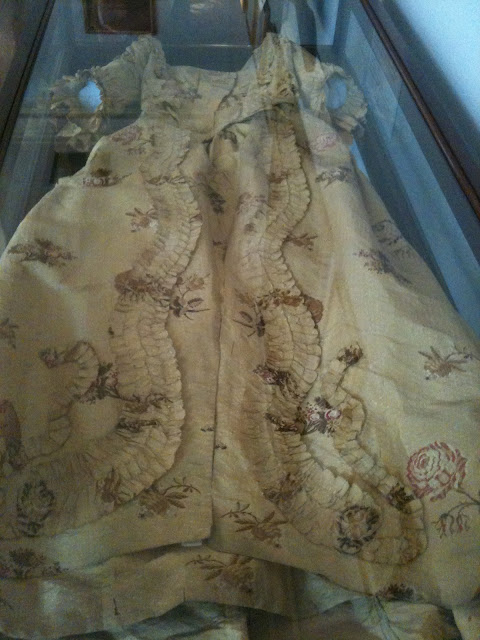 Oh yeah. I took pictures from every possible angle. You will see them ALL. The thing that surprised me most was that they were BOTH sacque-backs, worn by women of Charleston...I would have figured on en fourreau for sure, if not "quarter back". That was a big shocker.

So I'll do a couple of posts when I get time, one on the architecture and gardens we went through, and another full post on the clothing and accessories from the Old Exchange. 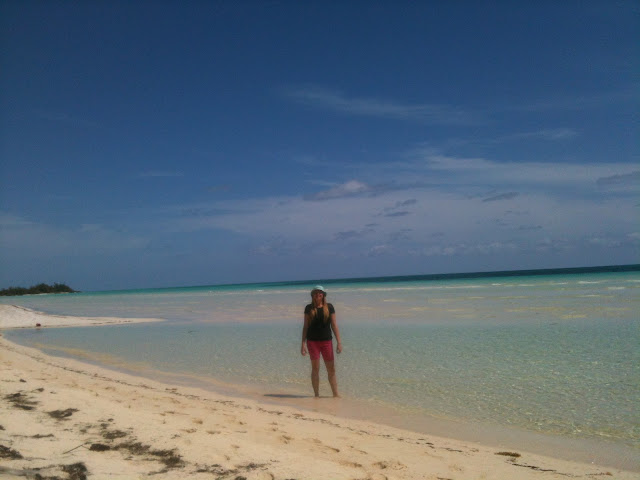 And this is...oh sorry, that's not Charleston. I am a horrible person but I just had to rub it in that I was in the Bahamas and we went to the most incredible deserted beach that several of the Pirates of the Caribbean movies used in filming. Miles and MILES of barely knee-deep crystal blue water. I'd live as a bum on that beach if I could have stayed.

Email ThisBlogThis!Share to TwitterShare to FacebookShare to Pinterest
Labels: Charleston