....and that's ok.  Because the saying "nothing ventured, nothing gained" has carried me well through costuming, and I have very few failures to share! If I had hesitated until completely ready, I would never manage to make a single thing. I genuinely think that if having a wearable historical costume for any event is your goal, it's extremely important to research to a point, and then dive in even if you still have some questions. Otherwise you'll hesitate forever and never accomplish anything.


I had always wanted a chemise gown, but not the type with the super fluffy sleeves. There are several more streamlined examples out there (which I can't show you because they're from private Flickr accounts) as well as portraits like the Comtesse de la Châtre (Marie Charlotte Louise Perrette Aglaé Bontemps, 1762–1848) by Élisabeth Vigée Le Brun, 1789, which lives at The Met. 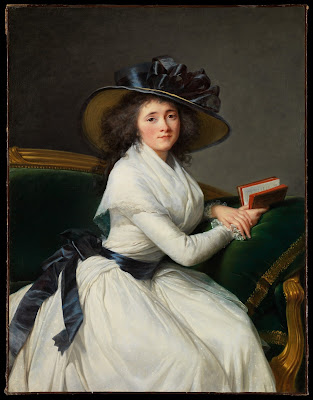 You can see how clean yet elegant the style is here with the long sleeves, and I was going for something similar...except I had the GENIUS idea to make the top and bottom separate so that I could re-use the bottom as a petticoat with other outfits. 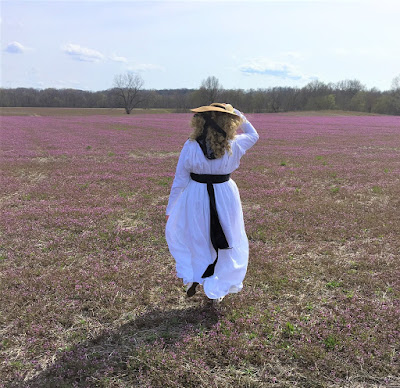 Firstly, I very foolishly thought that surely it wouldn't be too bulky if I treated the dotted cotton and white cotton lining as one when gathering it all up. I mean, it's all fairly lightweight! Ugh no. The 'blouse' top-half was such a nightmare and so puffy and bulky that I tried to reduce it three different times with very little success. The sleeves, for once, gave me no trouble at all by comparison! 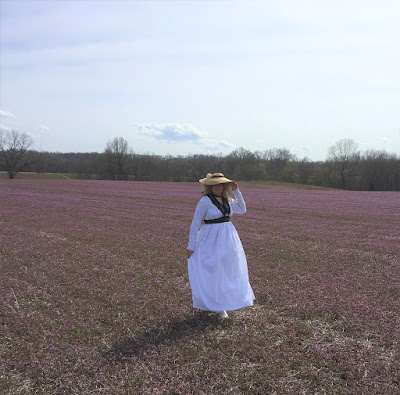 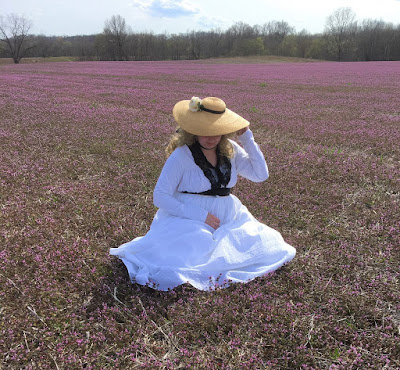 (Looking just fine! ...from a distance) 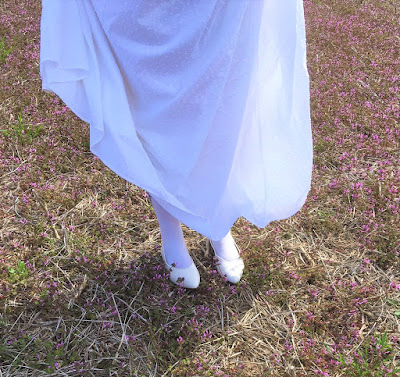 (sigh. Such pretty fabric. Such great shoes too from Target -- I'll be painting them eventually for use in Regency-wear!)

It eventually pulled terribly across the back of the shoulders because of how much fabric I took out, and yet it STILL managed to look like a maternity outfit in front. And I won't even show you the jerry-rigged system I had for keeping the blouse attached to the skirt, there was absolutely nothing accurate about that!

Unfortunately I also realized that with the Chemise a la reine generally having a fairly low-profile skirt, separating the skirt from the top wouldn't even render it useful as a petticoat because it wouldn't have worked with any of the common skirt supports I might need to use if I wanted to be a fancy shepherdess or the like.  I'd have to completely re-do the hemline and it would probably end up too short if I used a bum-roll or small hip pads (definitely wouldn't even be wide enough in fabric for pocket hoops). So this whole thing is in the scrap pile right now, and will probably get salvaged for an Edwardian blouse eventually. Ah well. Sometimes those genius ideas sound great in theory but don't quite work in practice.

I've got a lot of the dotted Swiss left in yardage so I'll probably be making a 1790s transitional gown with it eventually, without trying the gimmicky separates route again!