So for the past year and a half I've been in the terrible habit of hunting down gorgeous historically inspired fabrics and buying them to hoard. I get such a thrill out of locating pretty things, and even more-so when I find them on sale, so my stash is out of control and I've barely bought anything this year. Barely. Maybe some.

This was one of my loveliest finds though, on a decorator's remnants site, and is an extremely expensive fabric when buying by the yard. It's by Old World Weavers which has been folded into Scalamandre, and the pattern is called Viviana. But I got it super cheap! 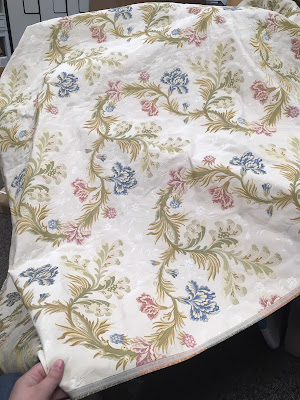 Now I absolutely adore all things 18thc floral, and it's incredibly hard to find in a real silk. This is just a cotton and viscose blend, and as such is quite thick for most 18th century clothing, but I decided it would work tolerably well for a mid-century jacket, which has more structure and doesn't need a lot of drape.

Again I went with J.P. Ryan, this time her famous 'jacket pack' as I like to call it, which has a number of styles. It was an enjoyable challenge trying to get perfect symmetry on the back panels especially, and I'm very pleased with the result as it brings to mind many of the pert little mirror-image jackets from the 1740s and 50s. 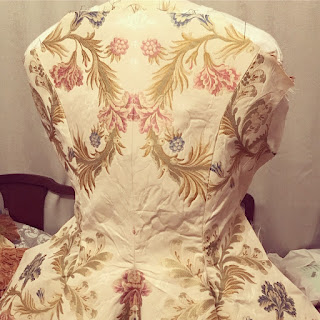 When I took pictures in it, I had to wear a petticoat that's a little too vibrant and goes with a sacque so it doesn't have the nice ruffle going all the way round it, but I now have a slightly more grey-blue petticoat finished that matches the flowers exactly. I opted to do a simple criss-cross of gold trim on the stomacher, nothing to overwhelm the fabric. 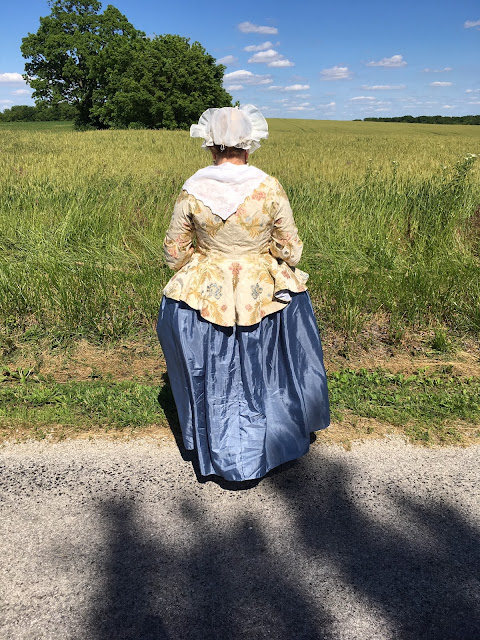 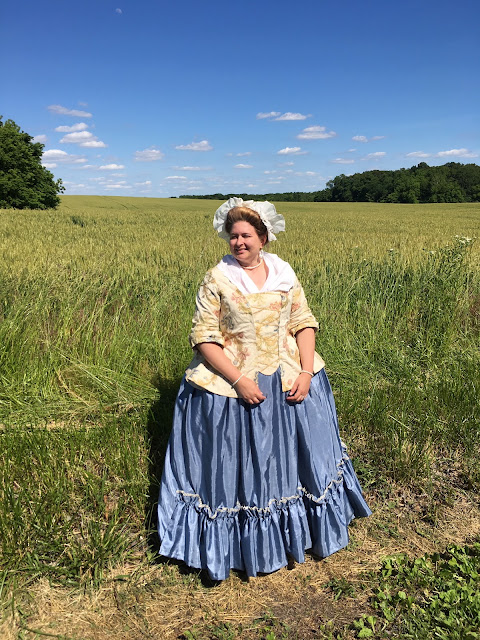 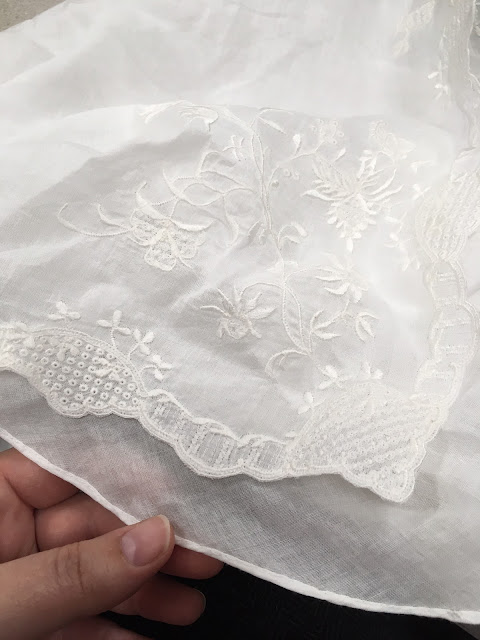 And my fichu was digitized from an example at the V&A Museum and machine-embroidered by talented friend Christine. It really adds to any daytime 18th century outfits I make. I'm getting better at tiny hems but alas, you can see it's still a bit lumpy. Oh well.

On to the next outfit!