A lot of tv and a little sewing.

Still putting off Christmassy things, I've been ordering movies through my interlibrary loan coworker...all are supposed to be set in the 1700s but the costuming says otherwise in a few, oh well! A listing so far:

Tom Jones: I keep watching this one over and over because I love the lower class clothing! The upper class is hit or miss but the bed gowns, striped petticoats, checked aprons, caps and such on the less-than-gentry are awesome. Plot: a lot of lighthearted fun and drama with comical star-crossed lovers.

City of Vice: again, loving the lower class, someone did some good research. Fairly dark subject matter but compelling look at the beginning of London's police force. Sad there are only 5 episodes!

A Harlot's Progress: I really liked some of the caps the women were wearing, and again there was some great middling to lower class clothing. Based on what might have inspired Hogarth to sketch his series by the same name (kind of depressing, really, but I can sit through anything for good clothes).

Fanny Hill: oh Lordy, I think there's more clothing OFF people than on them, but what can you expect of one of the most racy novellas ever to be banned from sale? There are some really pretty gowns and I definitely want to take some screencaps of a few of the hats to reproduce them. Plot: the debauching of a young country girl who finds her love in a bawdy house, loses him, sleeps with a lot of people, and then finds him again. If you have the vapors over nudity, I don't advise this one. The producer is Andrew Davies of Pride and Prejudice fame, and I have to say this is pretty well done too, just very, very naughty.

The Brotherhood of the Wolf:  this had pretty much nothing to do with the 1700s, costume-wise..most of the female clothing looked like Halloween costume parodies of what uninformed people think 18th century clothing looks like, with some weird peasanty renditions of 17th century wear as well. Awful. But I've always been interested in the legend of the Beast of Gevaudan, the creature who prowled the mountainous region of France, so this fanciful rendition of one of the theories about it was fun enough to make me want to watch it again. Just not for the clothes.

And speaking of clothes I have made a tiiiiny bit of gown progress...in between all the tv. The sleeves are on and are pitifully set in but I refuse to tear them out and recut just because I didn't have enough fabric in the shoulder to prettily pleat along the top. Whatever. I'm so over 18thc sleeves *grumble*. The gown has robings down the front, and I think the back has turned out really pretty with the trim along the top. Going to bed happy tonight. 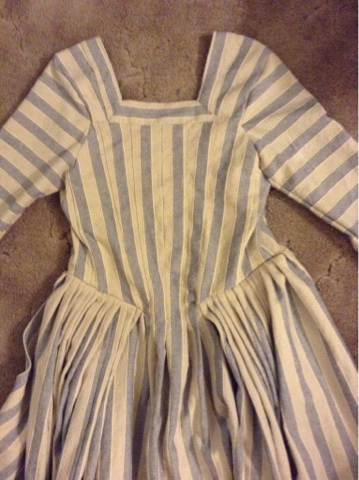 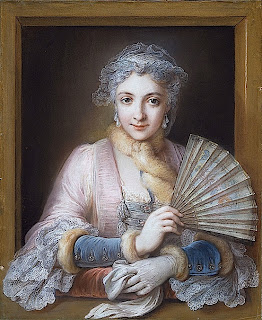 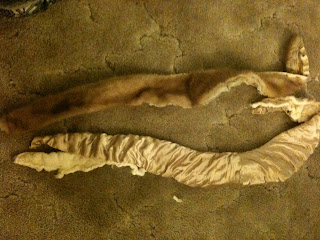 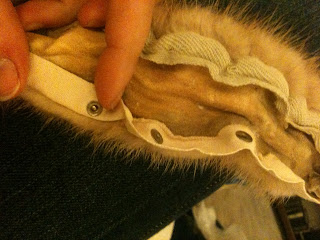 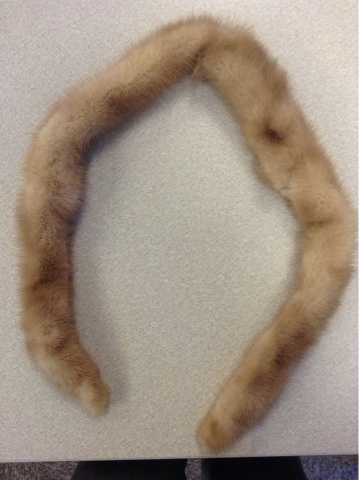 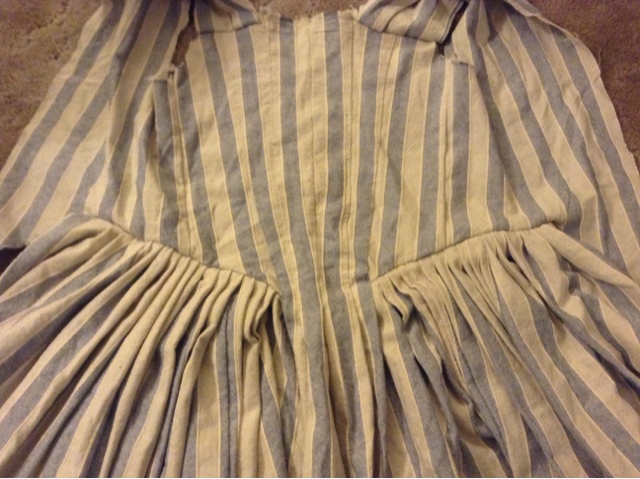 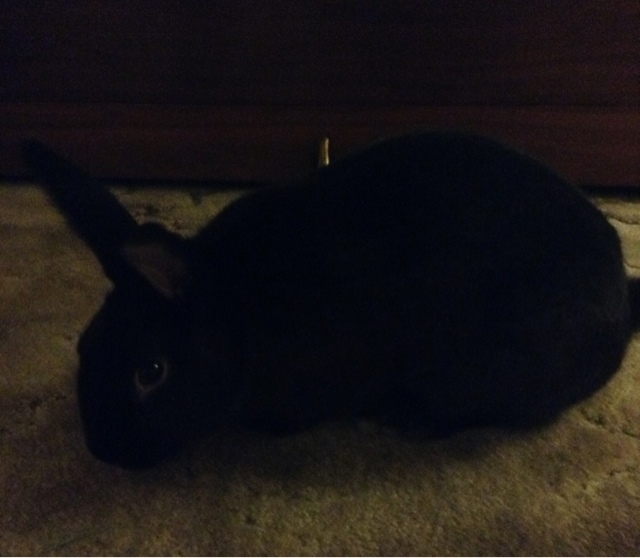 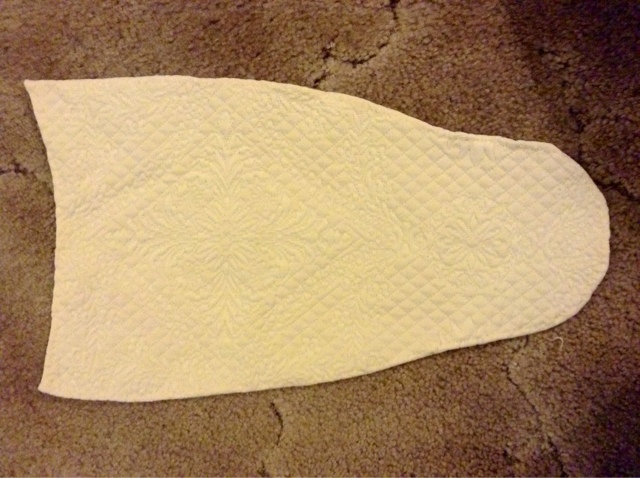 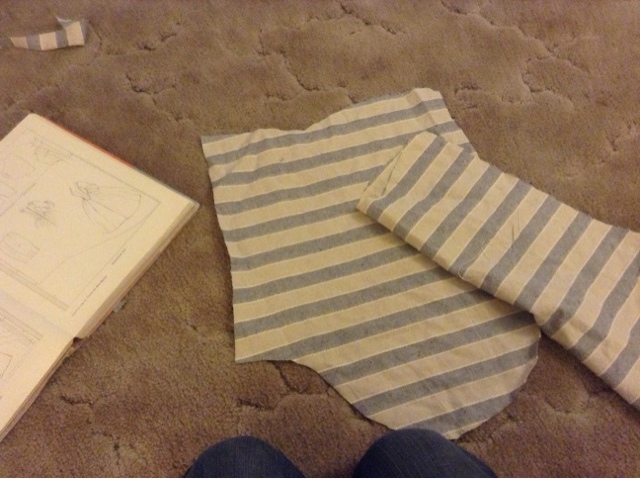